Live coverage of the fight between Anthony Mundine and John Wayne Parr taking place at the Brisbane Convention and Exhibition Centre.

Mundine may be a year older, but he’s got the experience in the boxing ring and he’ll look to show just how he built a 48-9 record against Aussie Muay Thai legend Parr.

The last time we saw Anthony Mundine enter the ring he was left flat on his back in the first round courtesy of a Jeff Horn knockout. 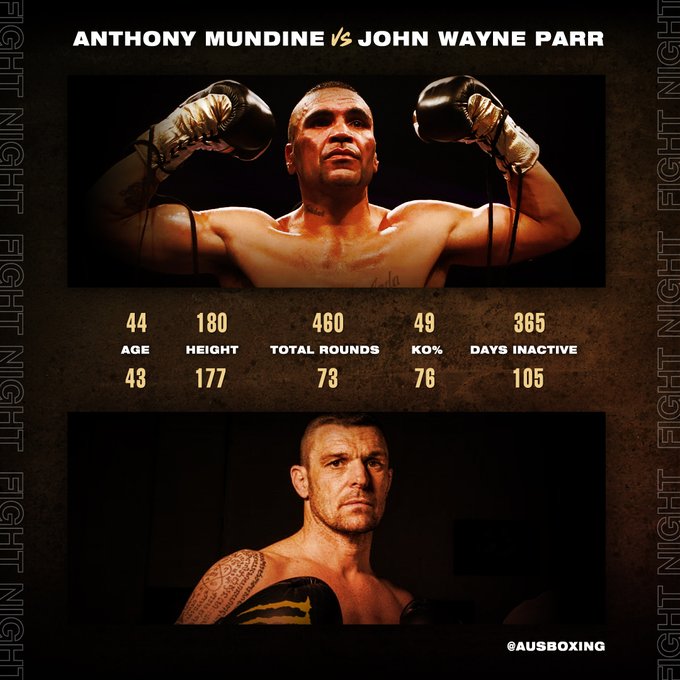 Despite announcing he was hanging up the gloves. he’s back and is ready to prove his career won’t end on a sour note.

Mundine will enter the bout with vastly more experience than his opponent and the bookmakers have backed him in to emerge victorious.

The fight was scheduled to take place at Brisbane’s Cbus Super Stadium, but a late shift in venue took place during the week with the two men now set to square off at the Brisbane Convention and Exhibition Centre.